A healthy daily mouth care routine is as important as a skincare routine. It is necessary for maintaining good oral health. Brushing teeth twice a day, flossing once, and using mouthwash is routine for people with healthy oral cavities. Most people question if it is necessary to add a mouthwash to their daily routine and why brushing and flossing is not enough?

The answer is a yes, as the American dental association states that

“Use of mouthwash (also called mouth rinse) may be a helpful addition to the daily oral hygiene routine for some people.”

Most of the time, on your regular visit to the dentist. Your dentist may suggest you use a mouthwash. The question here is, what is the function of mouthwash?

Mouthwash will give you a clean and fresh breath preventing halitosis which toothpaste can’t. It benefits your overall oral health. Using mouthwash helps to reduce caries and bad breath-causing bacteria. It also acts on dental plaque and reduces its amount.

Most of the time, people want a mouthwash that kills bacteria, prevents periodontitis and helps to whiten teeth. So for such people here in this article, we will look at the crest 3d white mouthwash review.

Under normal conditions, our saliva is saturated with calcium and phosphate as these minerals are important for maintaining enamel structure and function. However, sometimes their abundance in the mouth forms calculus in the mouth. In people with poor oral hygiene, calculus is easily formed in areas adjacent to salivary ducts. It can lead to gingival recession for preventing calculus formation crest 3d mouthwash uses Sodium hexametaphosphate, a large polyphosphate with multiple calcium-binding sites in one molecule. Because of its multiple calcium-binding sites, it is a very effective anti calculus agent and helps remove plaque and calculus from enamel.

Most of the time, people with bad oral hygiene are also victims of dentine hypersensitivity and want immediate treatment as they want to enjoy their life normally. The sensitivity problem is common, and 15% of dental patients suffer. For treating this problem, crest mouths use sodium citrate.

People develop mouth ulcers because of bad dietary habits like smoking, alcohol, or betel nut chewing. This mouthwash uses hydrogen peroxide, which, combined with sodium citrate, helps resolve ulceration and relief ulcers by acting as an inhibitor for enzymes release.

It uses a sweetener known as sodium saccharin which helps to make it taste pleasant. In addition to that, sodium saccharin is also calorie-free and is not glucose-based sugar as glucose cause caries in the mouth.

Bacteria mostly cause bad breath in plaque, so we want a mouthwash freshens our breath and permanently reduces bad breath. For this purpose, crest 3d uses an antibacterial agent known as citric acid. The major cause of oral problems is bacteria in the mouth. Bacteria will invade us as we can’t stop eating, drinking, or breathing.

The real problem arises when bacteria make soft tissue of the mouth their permanent home. This is the point when citrates come for help. Citrate neutralizes the mouth’s pH, and with its antioxidant and antibacterial properties, it kills bacteria.

Crest mouthwash uses citric acid as an exfoliating agent also. It gets rid of dead skin and encourages new skin to form. This action promises a healthy mouth. Bacteria disrupt new tissue and allow bacteria to move from oral tissues into the bloodstream. Once all the bacteria are killed, the growth of new healthy skin is inflammation free, caused by bacteria traveling to other body parts.

As a dentist, I experience various oral healthcare issues. Most of the time, people are suffering from more than one issue simultaneously; most of these times, people who come with the complaint of dentine hypersensitivity or also suffer from gingivitis and receding gums.

For this purpose, many of my patients demand oral care products which are an all-rounder and solve all their problems.

For this purpose, I started using different oral care products to sort out which oral product is best. Recently I tried a mouthwash by the crest. Its name on the label was crest 3f white brilliance mouthwash. I got impressed with its ingredients list and its guarantee to give visible results in a week. To decide if I could recommend it to my patients or not, I started using it. After two days of use, I observed visible whitening and my bad breath disappeared. Shocked with the results, I asked one of my colleagues suffering from gingivitis to try it, and the results were amazing. My bad breath and colleague’s problem were resolved without professional treatment. On a scale of 10, this mouthwash is the highest score of 9 for me.

Is it suitable to use after or before brushing?

Crest 3d mouthwash is stable to use after brushing

How many times can you use it in a day?

Just like toothpaste, you can use it twice a day

Should you rinse after using crest 3d mouthwash?

Yes, it is safer to rinse after using crest 3d mouthwash.\ 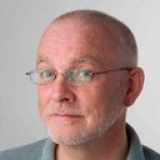